Current Song:
Next Song:
Update Required To play the media you will need to either update your browser to a recent version or update your Flash plugin.
Homepage > Concerts > Don White 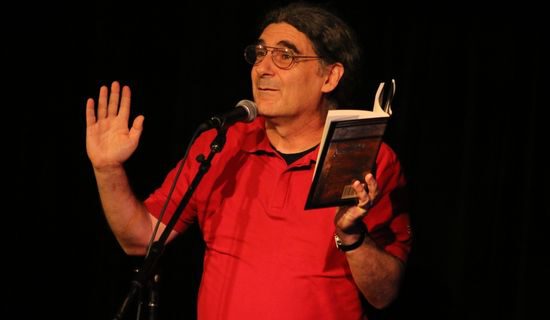 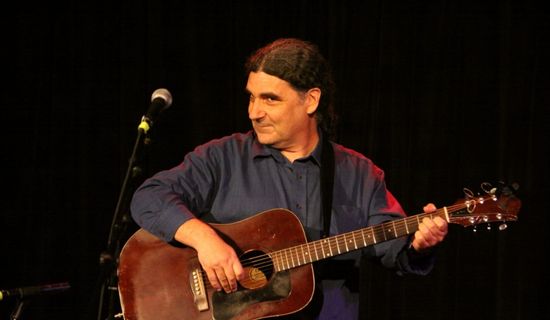 There is no one-word description for what Don White does. He’s an award-winning singer/songwriter, a comedian, an author, and a storyteller. He’s been bringing audiences to laughter and tears for thirty years, released ten CDs, three live DVDs, and a book, Memoirs of a C Student. His latest album is Live at the Guthrie Center, available now. In 2011, he won the Jerry Christen Memorial Award, given out by Boston Area Coffeehouse Association, for his work with the community and that same year was given a key to the city in his hometown of Lynn, Massachusetts.

White has opened for Arlo Guthrie, Ritchie Havens. Louden Wainwright III, and Taj Mahal, shared a bill with David Bromberg, Janis Ian, and Lyle Lovett. White has been featured in storytelling festivals around the country including the National Storytelling Festival in Jonesborough, Tennessee and the Timpanogos Storytelling Festival in Utah. Since 2015, he has joined master storytellers Bil Lepp and Bill Harley in Father’s Daze, a hilarious three-man storytelling show about the triumphs and tribulations of fatherhood. He toured North America for nine years with folk songwriting legend Christine Lavin, with whom he still plays the occasional show.

Don’s approach to music is a unique blend. If he just played folk music, it would be a handy label. But he has invented his own genre with a mix of humor and powerful songwriting. White’s arc as a writer and performer has taken him from his industrial hometown of Lynn, Massachusetts, through Boston’s comedy clubs and coffeehouses, and onto stages around the country. At every point, White has been the ultimate observer, infusing his work with his experiences as a husband, a father, a seeker, and a joker.