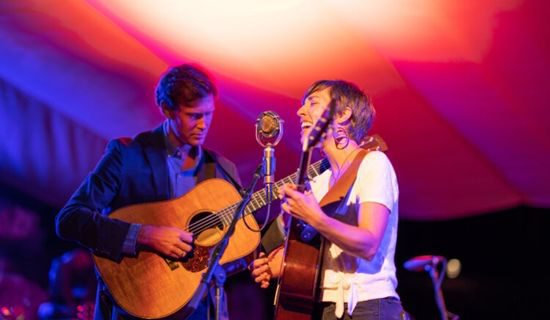 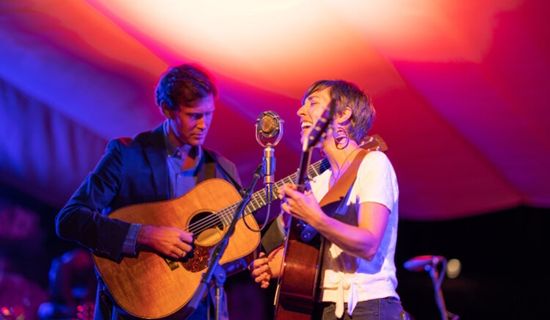 Virginia raised and Maryland based, Laura Wortman and Kagey Parrish of The Honey Dewdrops began touring in 2009 and have called the city of Baltimore home since 2014. With several albums and thirteen years of playing shows on the road, Laura and Kagey continue to expand their experimental folk sound while maintaining a commitment to deepening their understanding of the world through the lens of music. No Depression says of the new album, Light Behind Light, “The Honey Dewdrops have a way of filling their songs with humanity, using their beautiful playing and harmonies to emphasize what connects us all.”

When they’re not on tour, you can find Laura and Kagey playing in Baltimore with their Fred Eaglesmith tribute band, contributing backing vocals and instrumental sounds to various community recording projects, and you’ll probably see them going for a run in and around their neighborhood.

“The Honey Dewdrops fill their fifth album with heart, and their sincere, stripped-down songwriting is just the kind of music we need more of. This music is sweet to the ears, easy on the heart, and will stick in your mind for some time to come.” – Baltimore Magazine

General Admission: $15 at the door. Masks required during concert.