Current Song:
Next Song:
Update Required To play the media you will need to either update your browser to a recent version or update your Flash plugin.
Homepage > All Events > Joshua Davis 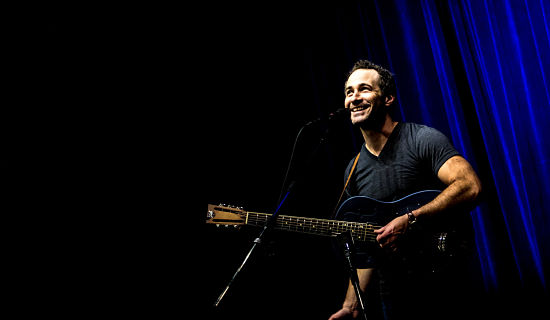 Over the past twenty years, Michigan-based Davis has honed an impressive range of skills – songwriter, bandleader, guitarist, and vocalist among them – in the most honest possible fashion: night after night, song after song, show after show Davis simply delivered every performance as though his life depended on it. Investing himself in the American musical diaspora, he has explored the common thread connecting folk, blues, jazz, ragtime, and country forms – discovering his personal perspective as a composer in the process.

“My sound is rooted in the folk tradition,” Davis explains, “but it’s not folk music. Terms like Americana, roots rock, and heartland rock come up, but there’s so much more to it than that. I’m not a purist: I play with that American folk lineage, I play with those metaphors.” His versatility and ravenous musical curiosity has resulted in a divergent and fervent output. Since his appearance as a finalist on Season 8 of NBC’s “The Voice”, Davis has been churning out an album a year and has plans to continue to do so. His sensibilities shine brightest on his latest trio of solo releases, each a thoughtful dispatch on life, love, change, and growth.